As part of my coursework at SUNY New Paltz, I explored print and editorial design thorough a semester long project consisting of three parts. We were originally given the essay "The World of Wrestling" by Roland Barnes and were asked to pair the text with two additional text of our choosing to create a connection and inner relation between all sources. "Fighting for an Audience" aims to combine the spectacle and awe of wrestling and it's misinterpretation in conjunction with how the media alters our perception of suffering on a global scale. The book is then translated to newsprint to condense all of the content in the book even further as well as into a promotional video with some of its most notable quote sources. 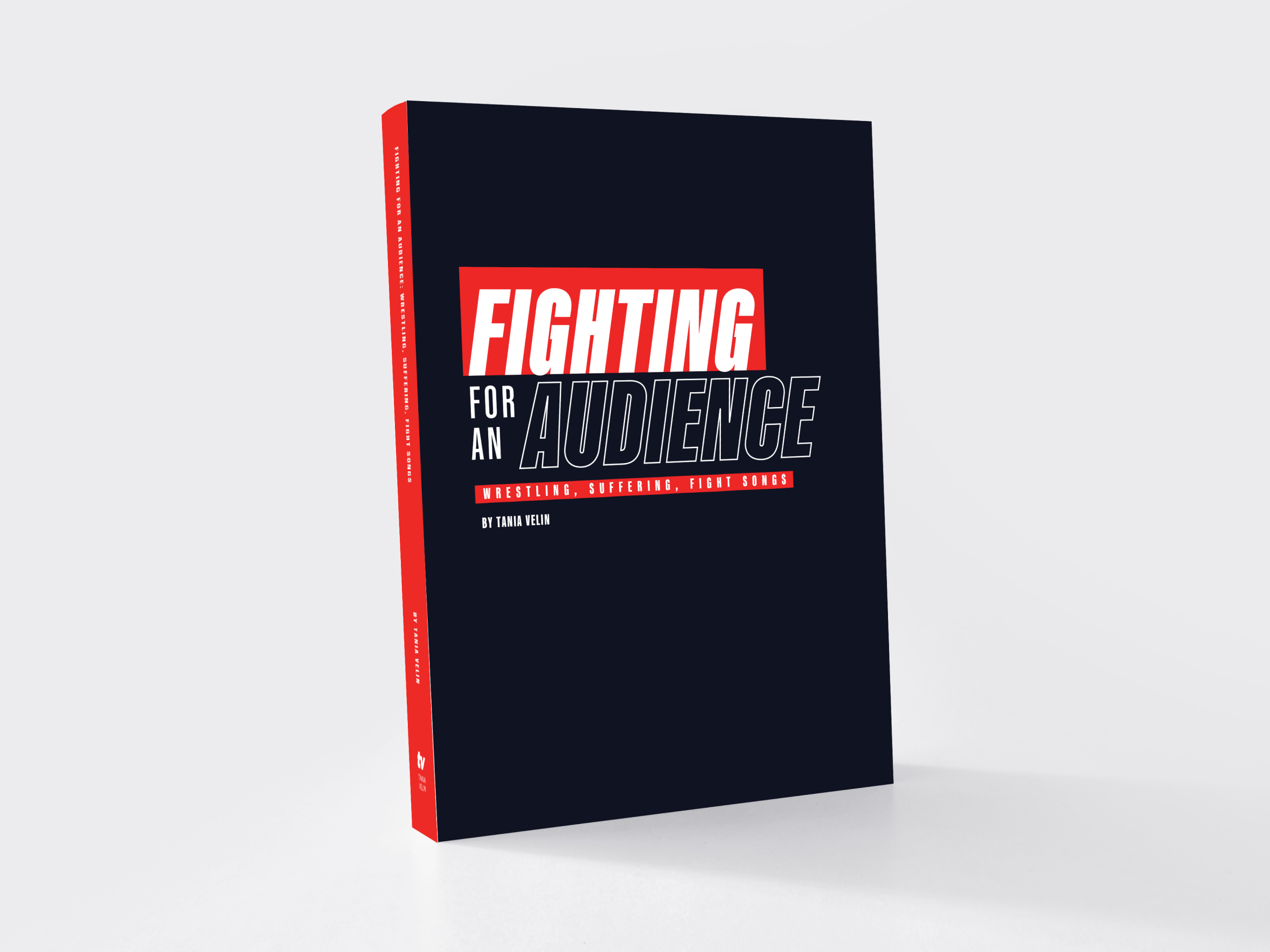 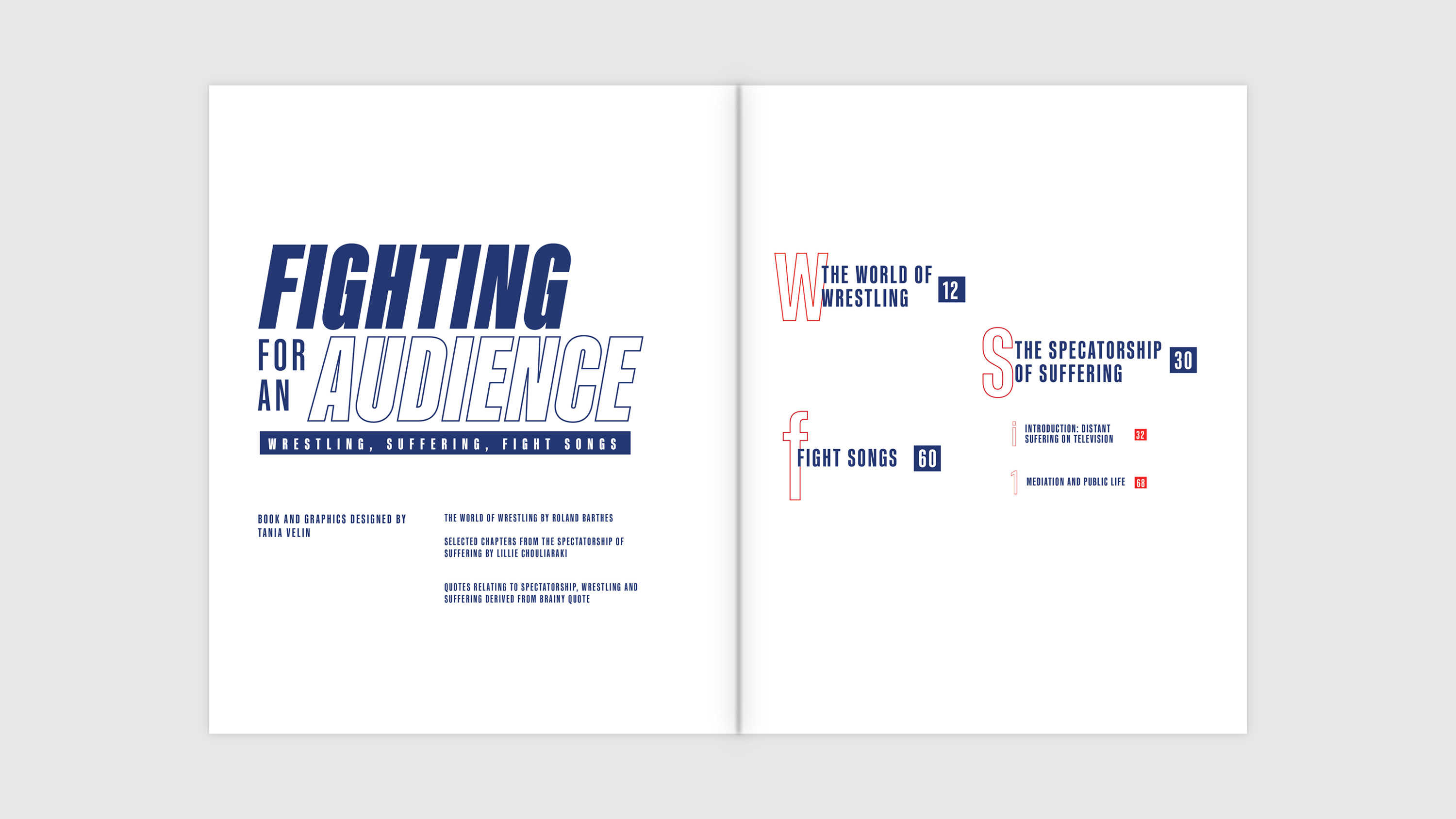 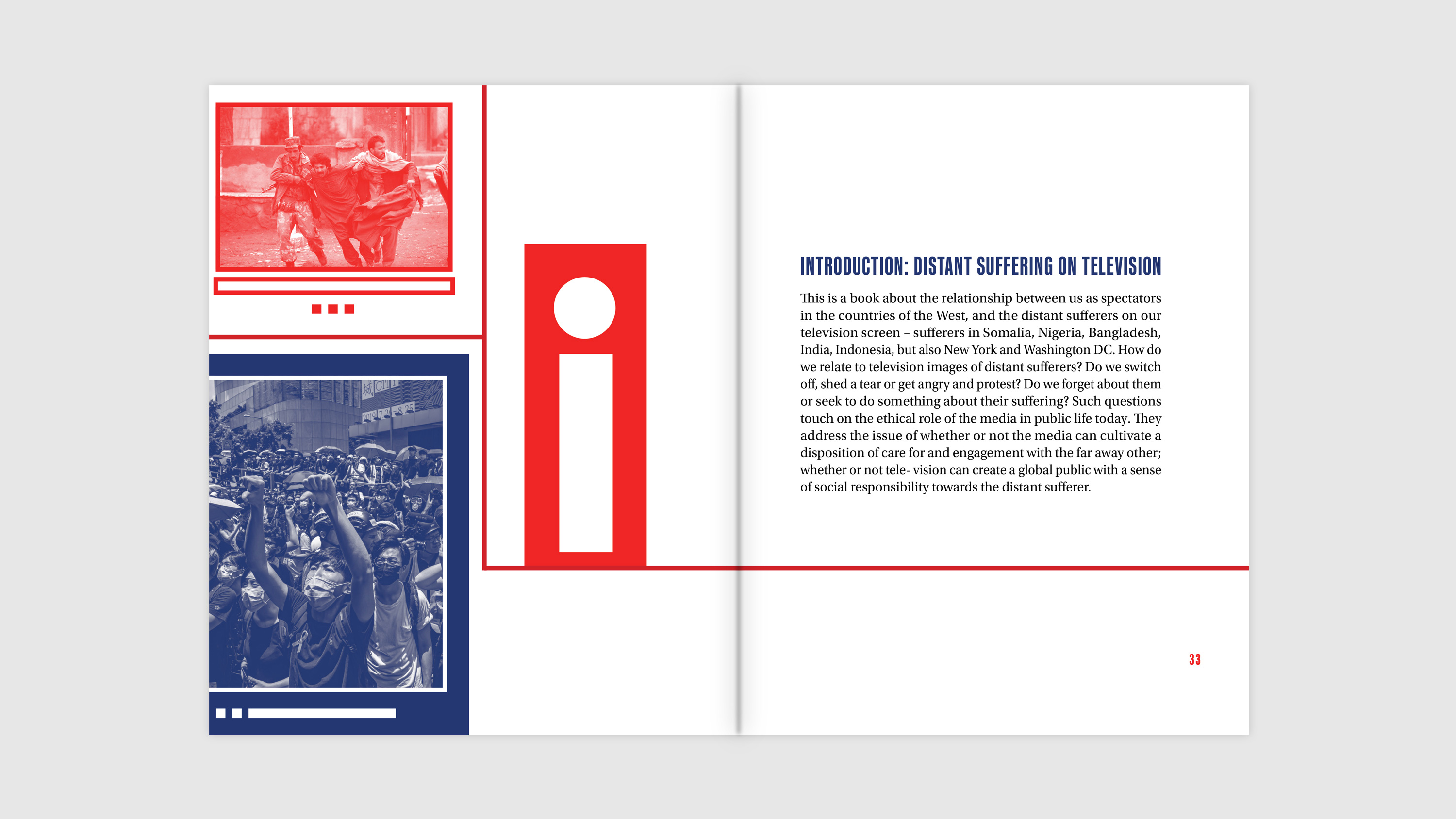 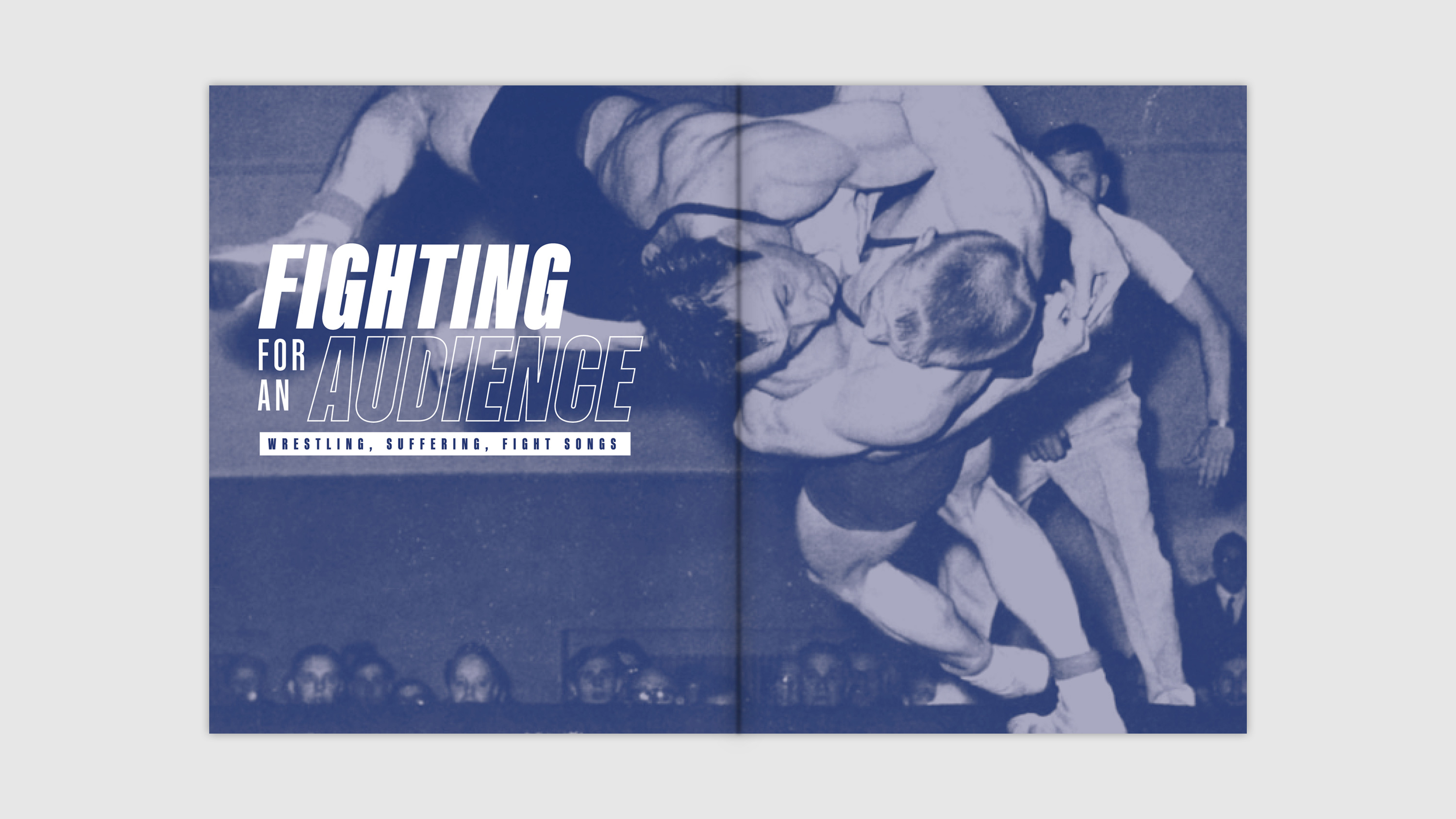 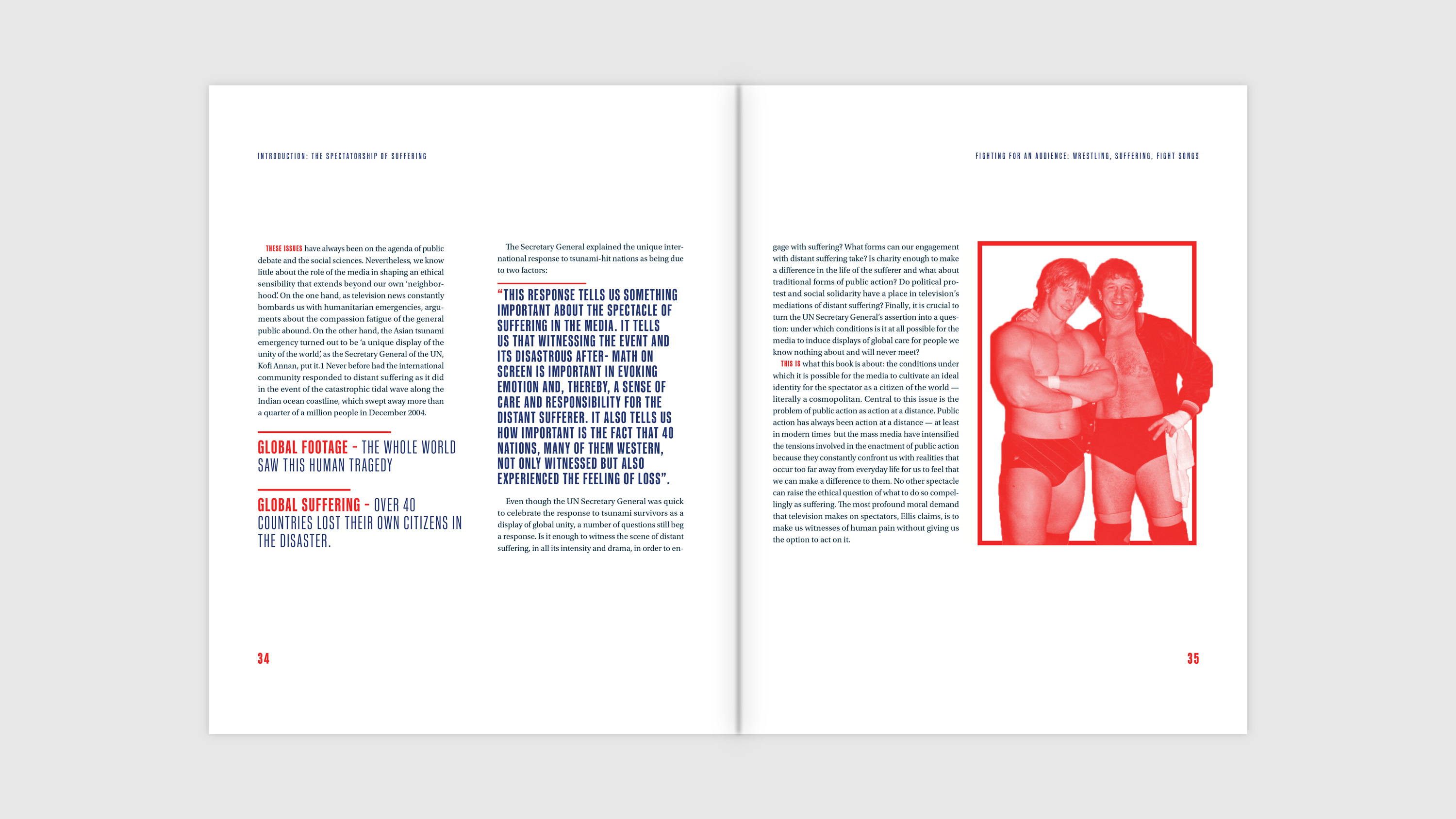 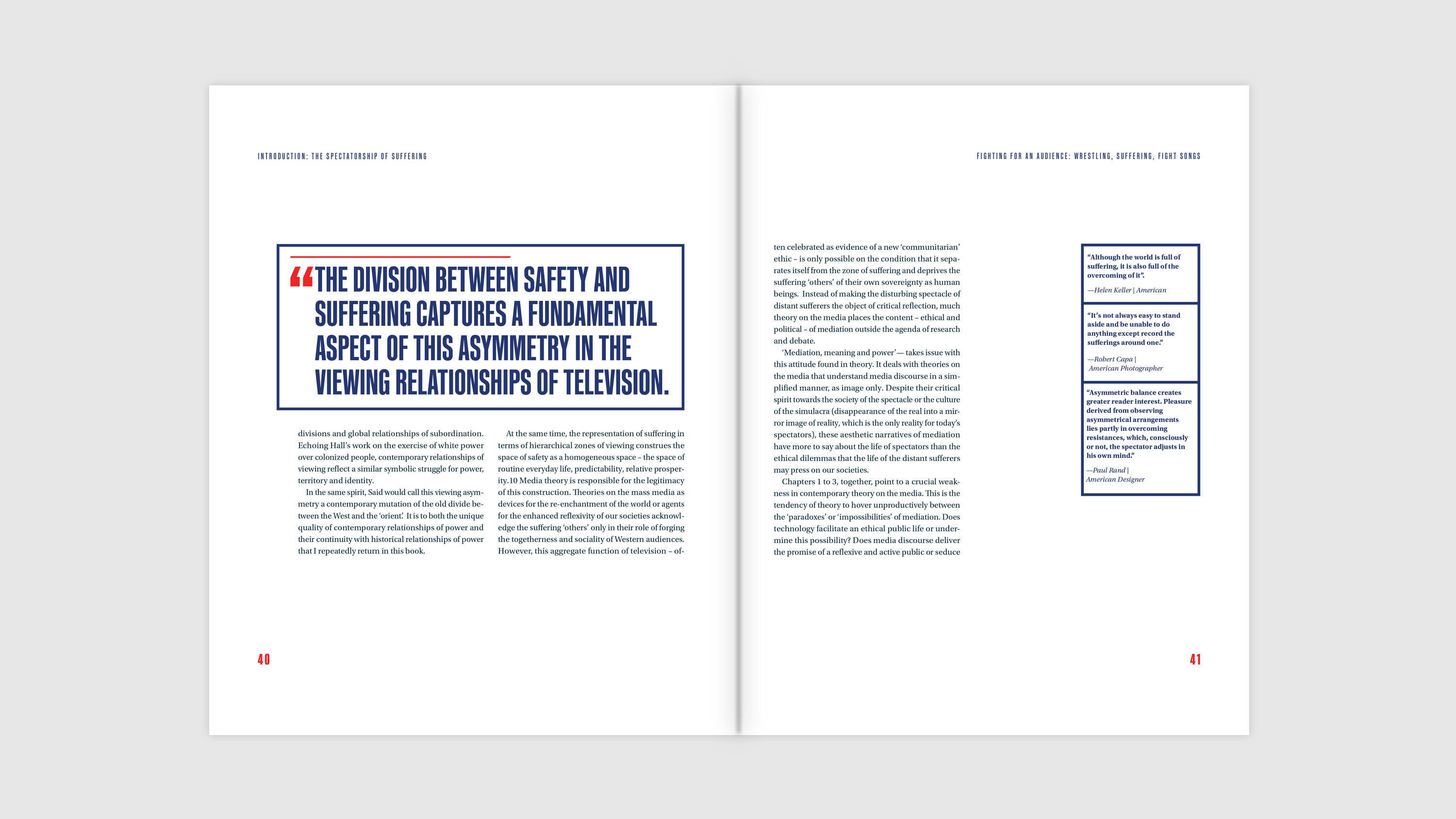 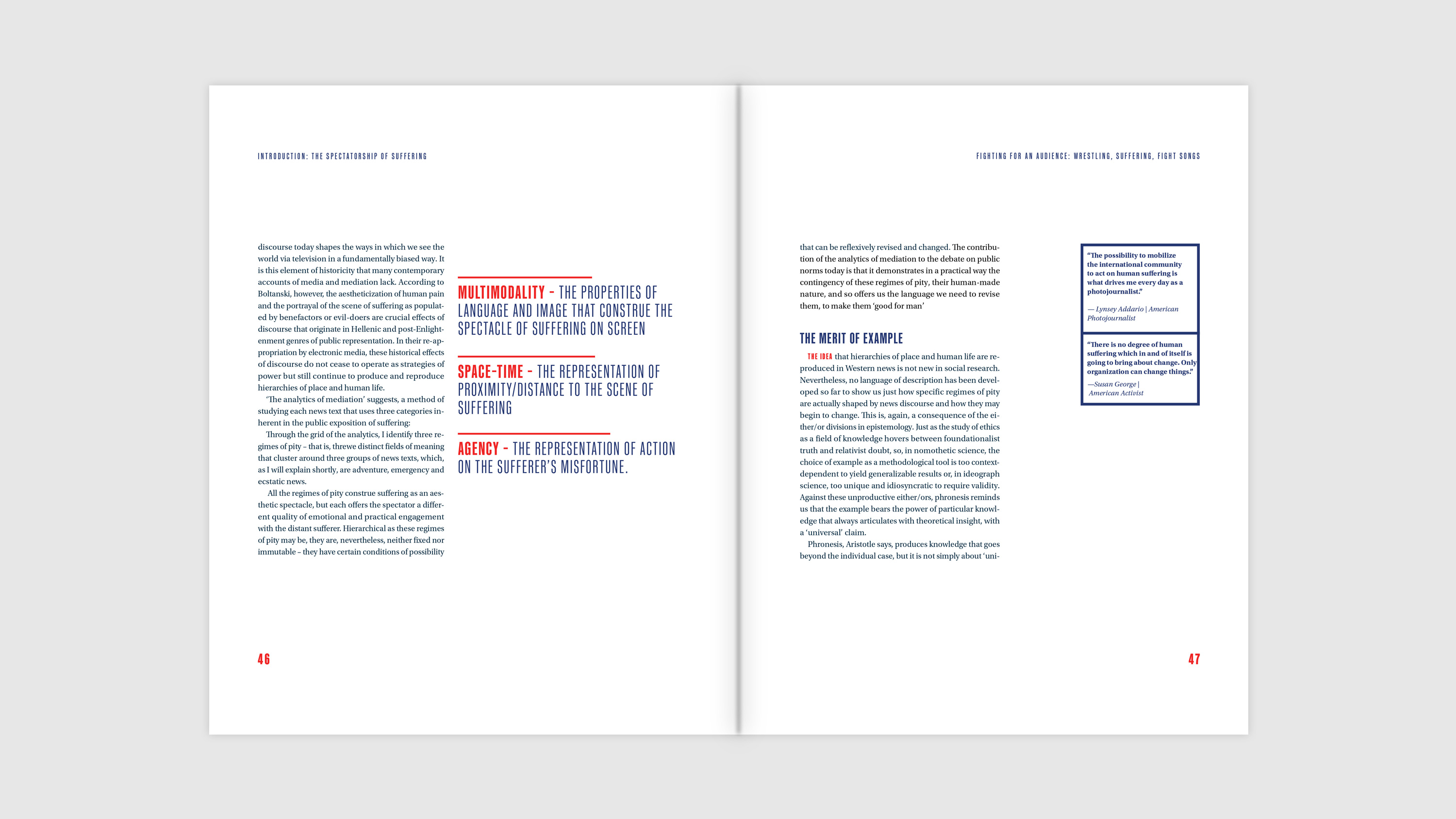 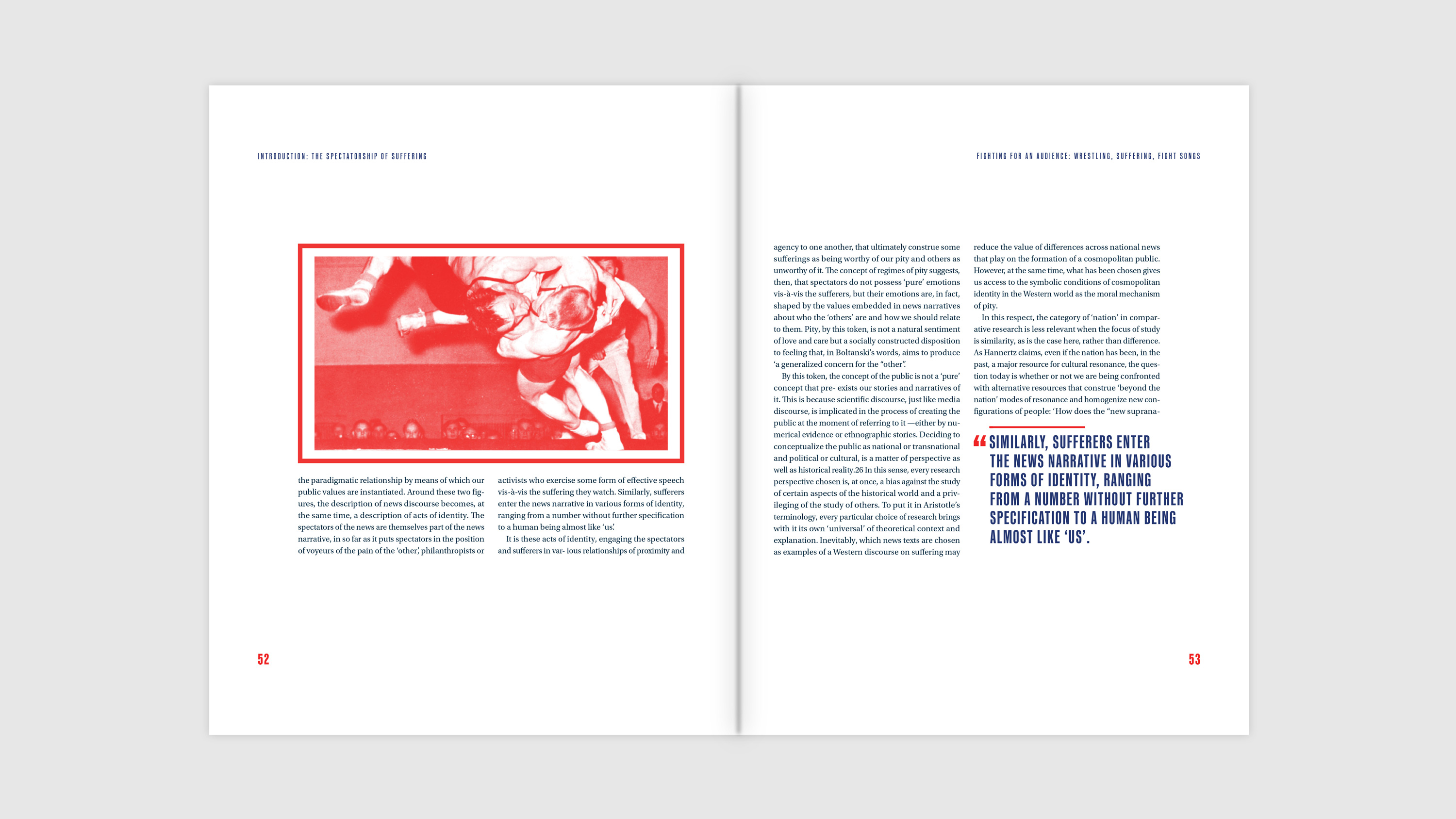 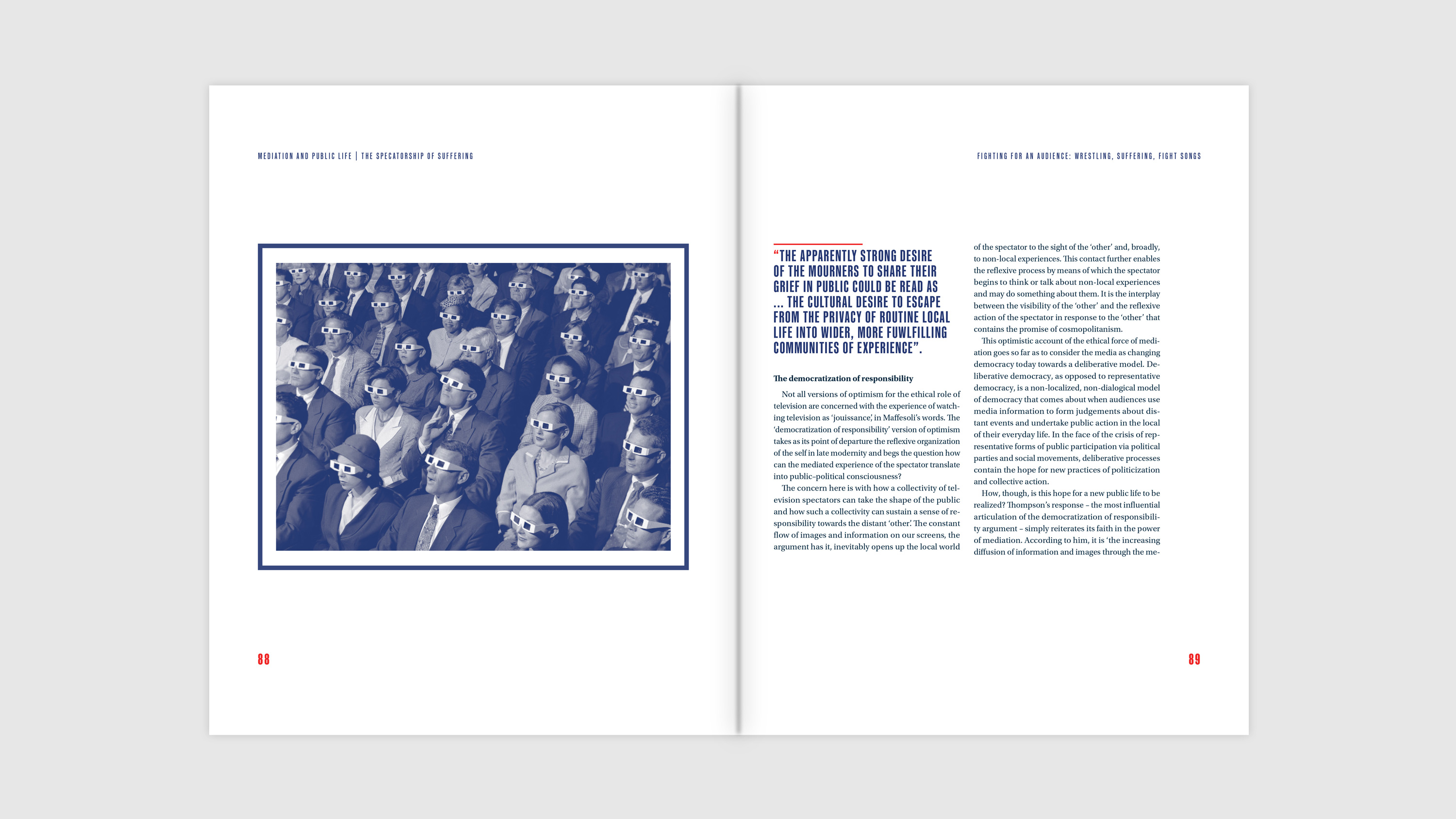 The newspaper designed tied with with the book is titled "Fight, Perform, Suffer", the three large themes involved in the text of the book. In designing this, I worked with traditional editorial layout concepts while keeping its visual elements aligned with its overall branding. The challenge in laying out this piece together was in containing all of the text from the book into the 8 pages I chose to work with for this part of the project. 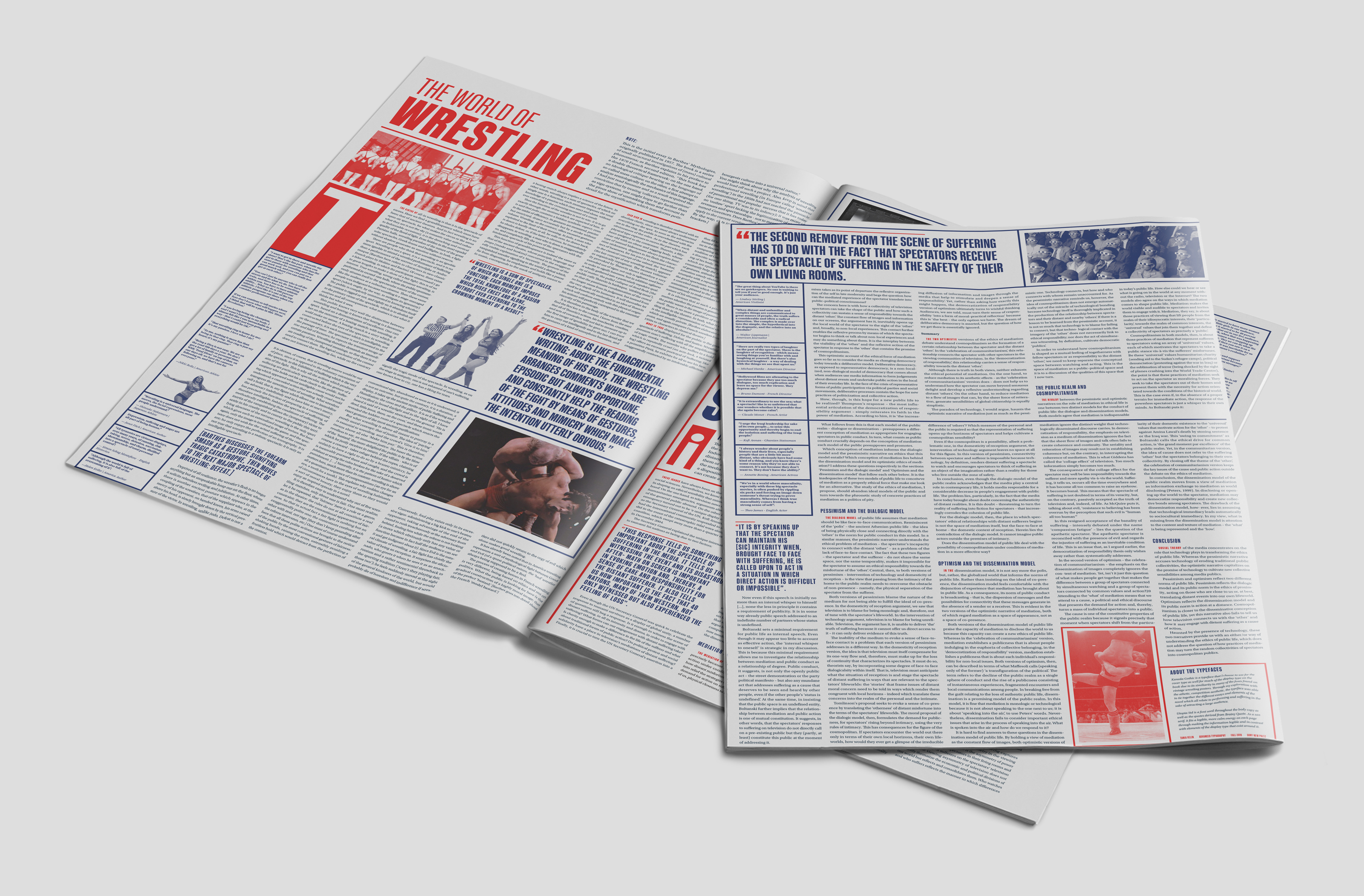 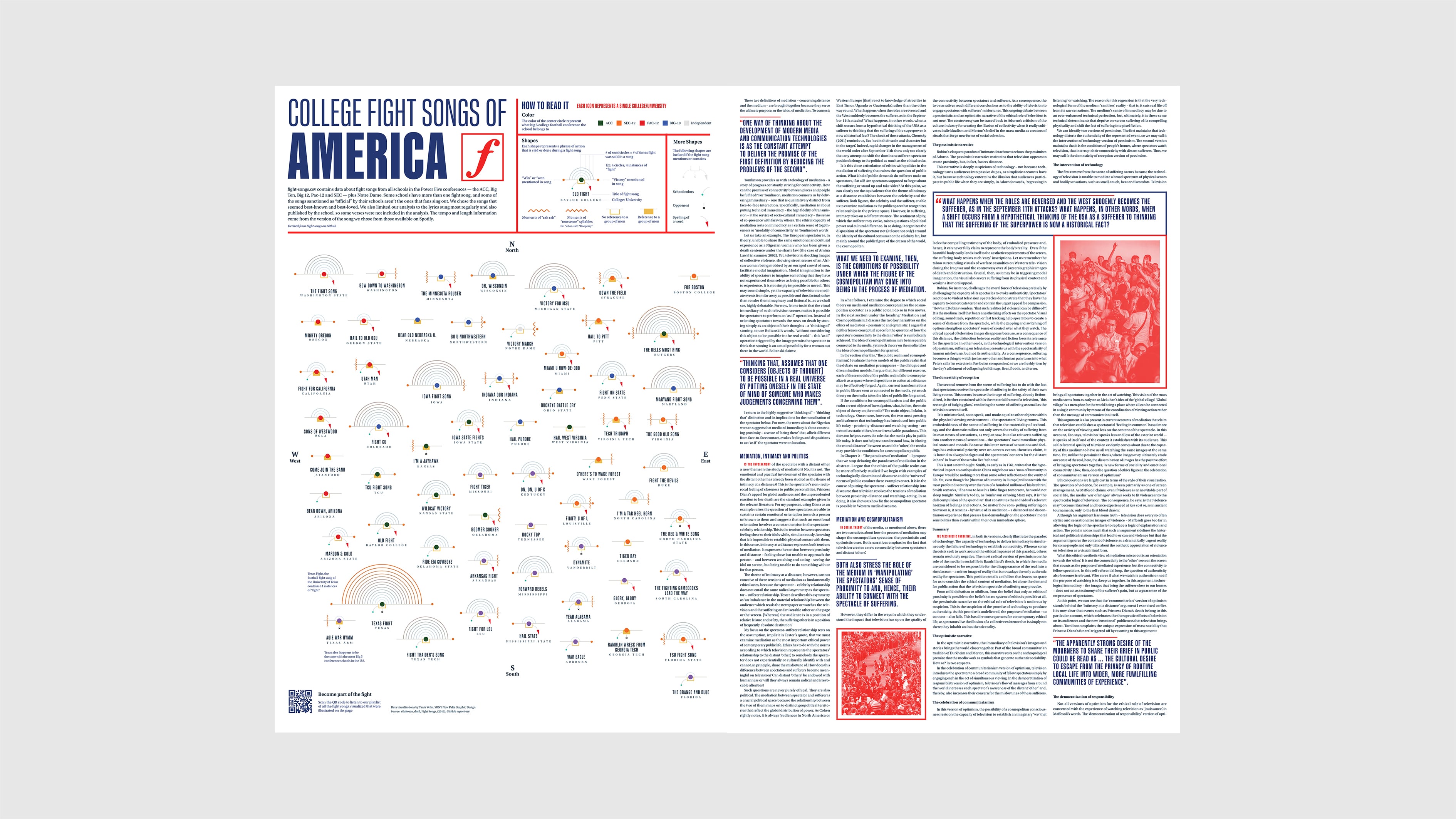 The final part of this project was to create a short promotional video for our book and newspaper. The direction that I choose to go with the video vastly differed from my dense, detailed approach that I took with both print aspects of the project. I was inspired by the SNL comedian introductions designed by Pentagram, I wanted to design name introductions for individuals whose quotes I have included in the book and newspaper.
‍
The style of the type for the names are also meant to create a re-occurrence of style with the cover of the newspaper. The video itself is about 20 seconds.